Choosing the emergency backup generator that’s right for you can be tricky. The internet is full of information, but where do you even start? One thing’s for sure: Doing the research during a power outage is not an option. When the power goes out, the internet goes down too. It’s best to do your research ahead of time. Here are the types of emergency backup generators, so you can best decide which one is right for your home.

These types of generators are usually reserved for large institutions, like schools, which require a steady current of electricity to keep the business “machine” going. Since larger institutions are usually the buildings that need permanent generators, their demand is low, so the prices are high: $5,000 on average.

If you work from home, you may still consider a permanent generator. It’s a long-term investment that can save you a lot of hassle in the long run.

Portable emergency backup generators are the type usually purchased for small residences. Power outages don’t happen on the time, but when they do, you’ll have time to turn on the flashlight on your smartphone, locate your portable generator and set it up. At most, the setup will be a minor inconvenience in a household, whereas in a business, it could mean a lot of money gets lost in the dark.

If you’re a homeowner, in an area that doesn’t have many storms, and you don’t have faulty wiring, then a portable emergency backup generator is right for you. It costs anywhere from $500 to $1,500, much more reasonable than the permanent generator price of $5,000.

Once you’ve decided to buy a portable generator, instead of a permanent one, you’ll need to consider the size that’s right for your home and your electrical needs.

There’s no such thing as a small backup generator. Returning power to your home is a “medium” sized job at least; that’s why we’re starting with the medium emergency backup generator in our list of portable generators.

Consider your electrical needs. You can find out how many kilowatts of electricity you use a day, on average, by consulting your electric bill. Your electric company may even send you weekly emails that detail your electrical usage. Take this into account when choosing your generator size.

The next size up in emergency backup generators is large. A large generator can accommodate 6,000 to 8,000 watts of electricity. If you have a larger house or an older house (with poor insulation) then you may use more electricity on average, which means you’ll need at least a large backup generator.

An extra-large emergency backup generator is for people with large houses, with lots of occupants, that have electricity going at all hours: the central air system, multiple internet modems, desktop computers, several phones being charged at once, multiple large appliances (multiple refrigerators, washers and dryers, multiple ovens, and more). 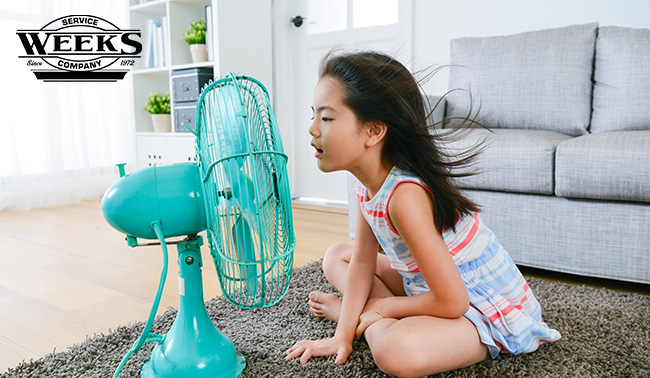 If your air is blowing but not very hard, then this is a good sign that your unit just needs to be repaired. The repair could be something really simple, one that you could do yourself, like replacing your air filter. If your air conditioner isn’t blowing air at all, however, then something is very wrong.

It’s possible that your air conditioner could be blowing very well—but the air is blowing is hot, not cold. This could be a sign that your refrigerant is out, but if you’ve already replaced your refrigerant and it’s still not blowing, then one of two things is going on:

Either you have a leak in your air conditioner than can be fixed, or the leak is too severe to be repaired, so your AC unit needs to be replaced. Unfortunately, the only way to tell for sure is to have your unit inspected by a licensed HVAC specialist.

3.    Your AC Is Making Strange Sounds

An air conditioner can be pretty noisy, especially if it’s an older unit, but you can tell right away when something is wrong. If the constant background noise (that usually lulls you to sleep at night) suddenly sounds like banging and clanging, then something is amiss.

Some small parts could be loose and rattling around in there. If you catch the noise early enough, then this could need just a simple repair. However, if you’ve let the noises go on for too long, then you could have irreparable damages in your unit, which will require a replacement.

We saved this sign it’s time to replace your air conditioner for last because it’s the biggest give away. If you have had to pay for more than two repairs in the recent past (say, within the last year), then it’s time to have your AC unit replaced.

This does not include simple repairs that you can perform yourself, like replacing your air filter or ensuring your vents are open and uncovered. It also doesn’t include upgrading your thermostat or general maintenance. Repairs include fixing refrigerant leaks, replacing worn out parts, and anything else that requires the distinct assistance of an HVAC expert.

5.    You Googled, “Signs It’s Time to Replace Your Air Conditioner”

If you found this article because you consulted your search engine about signs of repair vs. replacement, then that’s a pretty good sign that it’s time to replace your air conditioner. In that case, consult with the experts at Weeks Service Company. We can inspect your unit and determine next steps together.