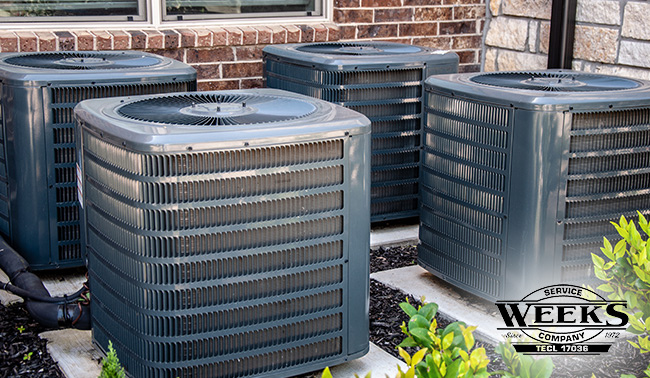 It’s about that time of year again. Spring is just around the corner, and that means you’ve got a lot of spring-related tasks to check off on your list. Other than a spring cleaning around the home, what could be more important than making sure your HVAC unit is ready for the changing seasons?

The answer, to put it simply, is not much. The (official) switch from winter to spring can wreak havoc on your heating and cooling system. If you’re not prepared, you could damage your HVAC unit, or at least see a spike in energy bills as your efficiency decreases. Make sure that doesn’t happen and prepare your cooling system for spring with these tips from Weeks Service Company!

Clean the Debris Around Your Outdoor Unit

The condenser, which probably sits outside on a concrete slab next to your home, is an integral part of the cooling system. To operate effectively, that outdoor unit needs to be clear of debris and free of obstruction.

Take some time to clear anything that might get stuck or clog the condenser, like branches, rocks or random pieces of debris. It won’t take long, and it’ll actually provide quite a nice effect on your cooling system’s performance.

Periodically, you should take a quick look at the refrigerant lines behind your condenser. Feel them see if they’re cold – as they should be – and to check for any potential leaks. Leaky refrigerant is a serious problem, as your cooling system has to work overtime to work effectively.

And if you ignore it for too long, then you could be forced to pay for a refrigerant charge, which is costly and could be even more expensive depending on the type of refrigerant your unit uses. It’s better to catch these things ahead of time to implement a much less costly solution rather than a full-scale replacement!

We harp on this a lot, and it seems like one of our most common suggestions is to replace your air filter on time. But there’s a reason we mention it so often – it’s important! When your air filter is fresh, your cooling system can operate efficiently and effectively. When it’s not, though, your energy bill will slowly increase the longer you neglect the dirty air filter.

You should change your filter every 30 days — potentially a little sooner or later depending on what filter you have.

The best way to ensure your cooling system is ready for spring is to let a professional look at it. An expert’s eye will catch smaller, seemingly insignificant problems you might not think much of. They’ll recommend effective strategies to help your cooling system operate more efficiently.

Get in touch with the cooling experts at Weeks Service Company to find out how we can get your cooling system back in tip-top shape for the upcoming spring season. Give us a call at 281-738-1362 for more information! 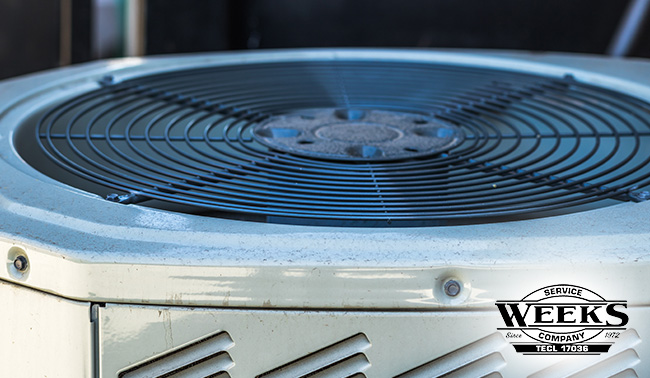 Routine maintenance may seem like a chore. Your HVAC unit is running perfectly fine, so what’s the point in paying to have someone come tell you that everything looks good? As it turns out, there are quite a few benefits – it isn’t just something that service providers came up with to squeeze an extra buck out of you.

One of the main benefits of routine maintenance is that it gives your technician a chance to calibrate your unit. Over time, as the heating and cooling cycles on and off, parts and connections lose their effectiveness. When a trained eye looks at the components lying in your HVAC unit, they’ll make the small adjustments necessary to raise your unit’s efficiency back to normal.

That lets your air system take it a bit easier and still heat and cool your home properly. A regularly scheduled maintenance session from a technician you trust will keep you and your family comfortable year-round.

As we noted above, routine maintenance keeps your HVAC unit from working too hard. When it doesn’t have to overcompensate to make up for a lack of efficiency, then the energy it expends is well within normal levels. Over time, you’ll be pleased to see your energy bills steadily decrease!

Although paying money for an inspection isn’t something you may be thrilled about, the idea of paying for an expensive repair is probably even less exciting. But that’s what can happen when you neglect routine maintenance!

As your unit pumps air through your home day after day, it’ll eventually wear down and need repairs or need to have smaller parts replaced. When a technician inspects it regularly, they’ll conduct a thorough check to see if they notice anything that could be a warning sign. By catching these smaller problems early, you’ll avoid the potential of a catastrophic repair that blindsides you.

You Get a Chance to Ask Questions

To top it all off, when a technician visits your home, you’ll have the opportunity to present any questions you may have about your home’s air system or HVAC unit right then and there. Although you can technically pick up the phone and call them whenever you want, there’s something about having a face-to-face discussion with someone you trust that makes you feel more comfortable.

These 4 reasons for routine HVAC maintenance certainly don’t cover the entire list of benefits. There are plenty more that we haven’t touched on, but we don’t want to take up an entire day.

However, you can give Weeks Service Company a call at 281-738-1362, and we’d be glad to go over the other reasons why this is something we recommend for all our League City and Houston neighbors! 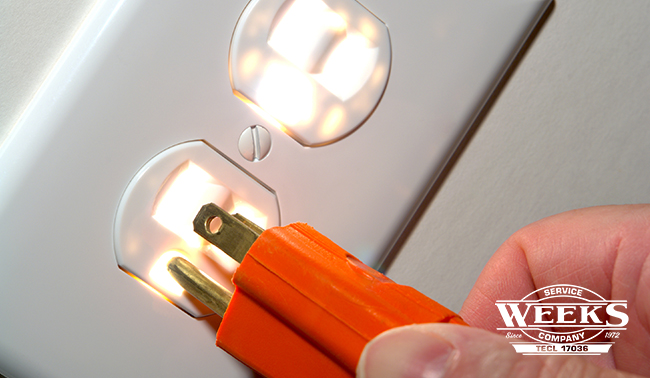 Everyone is aware of how a fire can potentially spring up at any moment, wreaking havoc before you’re even aware that it’s happening. However, a lot of us probably don’t associate house fires with electrical malfunctions, even though they’re fairly prevalent.

In fact, roughly 6% of all house fires were electrical fires in 2014, according to the United States Fire Administration. These types of fires can happen in the blink of an eye, which is why it’s so important to safeguard your home so you minimize the chance of one happening. Here are some tips for eliminating electrical fire hazards from the trusty electricians at Weeks Service Company!

Although we get attached to certain devices and appliances in our homes, the sentimental value isn’t worth the hazard some of these things present. If you ignore replacing them for too long, you’re putting you and your family at risk.

Things like washers, dryers and heaters should be replaced as soon as they reach the end of their shelf life – if not a little earlier, just to be safe. A rogue spark from one of these appliances’ cords can easily jump to a rug or another flammable material, creating an electrical fire before you know it.

Turns out that the little lint screen in the top of your dryer is important. Lint is extremely flammable, and if you neglect to change out the lint trap when you begin drying clothes, you run the risk of it catching fire – and that percentage only increases the more you ignore it.

So, even though you probably do it every time, just make sure not to forget to change it out!

One way that electrical fires get started is when an older outlet gets loose or the wires inside them begin to fray. The electrical connections begin losing their integrity, which makes it easier for sparks to jump around. You’ll usually see discoloration around the outlets when they decline in quality, which means it’s time to call an electrician.

They’ll take a look at your outlets – and the electrical system at large – to see whether it’s just an isolated incident or something that warrants a larger strategy to fix.

It’s tempting to plug everything we’ve got into a few outlets, especially in areas like the living room where we’ve got home theaters and the like. Although it’s convenient, this type of strain on your circuits can eventually cause serious problems.

Circuits can only handle so much of an electrical load before they get overloaded and short-circuit. Make sure to space out which circuits you’re plugging things into if you can to avoid this hazard.

We know how difficult it can be to keep track of all the different ways electrical hazards present themselves. You’ve got a million other things to keep track of every day, and worrying about overloading circuits can be confusing. Leave it to us!

Weeks Service Company has the knowledge and expertise to eliminate electrical hazards in your home. Give us a call at 281-738-1362 to see how we can safeguard your electrical system once and for all!